ATOM 2020 has been cancelled

Update March 13th: We regret to announce that we have taken the decision to postpone or cancel all ATOM2020 public events. Please read the dedicated status update page and statement here.

Headlining #ATOM2020 are two of our most celebrated communicators and popularisers of science in the UK.

Dr Helen Czerski is a physicist, oceanographer and presenter of the BBC series 'From Ice to Fire'.

VIP Debate: What will YOU do to solve the Climate Emergency?

After careful and considered discussions with our key partners and supporters, we have reluctantly - and jointly - taken the decision to postpone the ATOM Climate Debate and VIP Evening. More details here.

Free hands-on science in the open air! Come along to Abingdon's historic Market Place to meet real scientists offering have-a-go science activities for all the family for FREE!

Booking not necessary - just come along!

Find out how to develop your own YouTube channel! Meet experienced science YouTubers who produce their own content - led by Ben G Thomas who has over 170,000 subscribers and approaching 30 million views.

Help to create content on the day, learn how to get subscribers to your channel, and take part in the creation of an exclusive episode for the Abingdon Museum's 100th Anniversary. Live discussions, tips and tricks - come along and be inspired to become the next global YouTube science sensation! 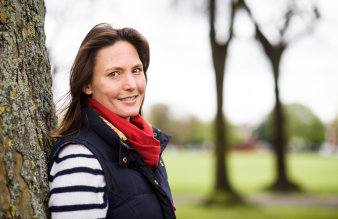 Hedgehog Highways - why connectivity is key

Hugh Warwick is spokesperson for the British Hedgehog Preservation Society, and is on a mission to save the hedgehog. Discover more about these miraculous and beautiful creatures, and what you can do to help!

Through Two Doors At Once - CANCELLED

Sadly, due to travel restrictions from his research institution, Anil Ananthaswamy is now not able to travel to attend this (and other) events planned in the UK. This event has had to be cancelled. We apologise for any disappointment and inconvenience caused. More details here.

An evening of laughing, learning and libations as chaotic science comedy cabaret Science Showoff rolls into town. Join Dr Steve Cross and some of the UK's funniest science folk for standup comedy, stories and entertainment about life on the frontline of the war on not knowing enough science yet.

Science Showoff has graced the Edinburgh Fringe and British Science Festival, and now here it
is in Abingdon for the very first time.

An ATOM STEaM initiative with the Arts Society Abingdon

After a successful tie-up in 2019, ATOM once again joins forces with the Arts Society, Abingdon for an event that explores arts during a science festival. On the 400th anniversary of his death, Dr Paula Nuttall of the V&A looks at the art, achievement and legacy of Raffaello Sanzio da Urbino - otherwise known as Raphael

Learn more about attending this event

The ATOM Festival, in conjunction with Caldecott School and Thameside Primary School Abingdon - and with the generous support of the Antarctic Heritage Trust - are Going South, Abingdon! A day of adventure and exploration as pupils take part in a range of activities, culiminating in the the Antarctic Explorer's Market in the school playground for pupils to show families the outcomes of their activities.

In partnership with Abingdon's Abbey Cinema, this is a special screening of the acclaimed positive environmental documentary 2040.

Determined to prove a sustainable world is achievable, filmmaker Damon Gameau brings us this dramatised documentary that imagines a world in which the best of current technology turns around our planet’s fortunes.

Learn more about attending this event

Every Breath You Take: A user's guide to the atmosphere

We live with it, we breathe it - but how much do we *really* know about the the air we breathe?

Air quality specialist (and full-time breather) Dr Mark Broomfield appears at ATOM 2020 with an engaging (and surprising) presentation about the air that we all have to breathe, whether we like it or not.

Why Small is Beautiful: nanotechnology and the next scientific revolution

Dr Annela Seddon explores nanoscience and nanotechnology – the science of objects on the billionth of a meter scale. Discover a hidden world of colour, giraffes and dancing particles and learn how we can see things not much bigger than an atom. Learn how some of the biggest problems facing the planet could be solved with some innovative, and tiny, solutions.

Lonesome George is one of most famous reptiles that has ever lived, a giant Galapagos tortoise found in 1971 on the tiny island of Pinta (formerly known as Abingdon Isle after the Earl of Abingdon) in the Galapagos.

In this exciting and extraordinary talk, zoologist and author Henry Nicholls will transport his audience to the stunning Galapagos Islands, the best-preserved tropical archipelago left on earth, to reveal the grisly fate of George’s fellow tortoises, the surprising lengths that scientists went to to get George to reproduce and the heroic efforts of conservationists to restore populations of giant tortoises throughout the Galapagos.

Dr Ralitsa Dragomirova from the Innovation Hub at Oxfordshire County Council - in conjunction with the UK Atomic Energy Authority - explores what big data actually is, and the challenges of using innovative technologies to handle the huge amounts of data that big science depends on. She'll be looking at how advances in technologies such as sensing, connectivity and artificial intelligence, and the emerging concept of 'smart cities', might provide a platform to solve the challenges of big data.

...followed by The Ministry of Sense: Hunting The Higgs at 3pm

Bring the whole family to floors of fun-filled, hands-on science activities at the Yang Science Centre at Abingdon School. It's one of the biggest hands-on science days in Oxfordshire and it is FREE!

Sunday March 22nd @ 11am - 3pm, Yang Science Centre
(followed by Hunting the Higgs at 3pm in The Amey Theatre)